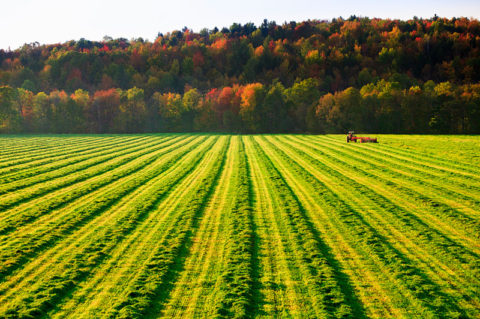 The Claysburg area lies in the foothills of the beautiful Allegheny Mountains. Its fertile valleys, wooded slopes, and scenic beauty have provided a source of income for its residents throughout the years.  The second highest point in the state, towering over 3,200 feet, is one of the peaks of scenic Blue Knob.  It provides year-round recreation for people throughout the United States.  The earliest records show that the first settlers were Valentine Lingenfelter and his two sons, Jacob and George, who located in the area of Sarah Furnace about 1770.

According to the historical records, John Ulrich Zeth was the first to settle on the present site of Claysburg.  He built a sawmill in 1805 and a grist mill the following year.  Few other buildings were erected until 1838 when Conrad Ling built a large stone building, used as an inn. Legend has it that Henry Clay, an early statesman from whom Claysburg gets its name, spent a night at this inn.

The township’s population in 1850 was 1,023.  In 1890 the population increased to 1,319.  The 1990 population was 3,802; 2000, 3,904 and 2010, 4,173.  The Board of Supervisors met in various locations until 1973 when the Greenfield Township Municipal Building was constructed. The township has helped in the development of two industrial parks and with the addition of municipal sewage service to areas of the township in 1973 and municipal water service to areas in 1992 along with direct access to the Interstate 99 Corridor, the township has been able to prosper as it moved into the 21st century.

There are no events at this time.